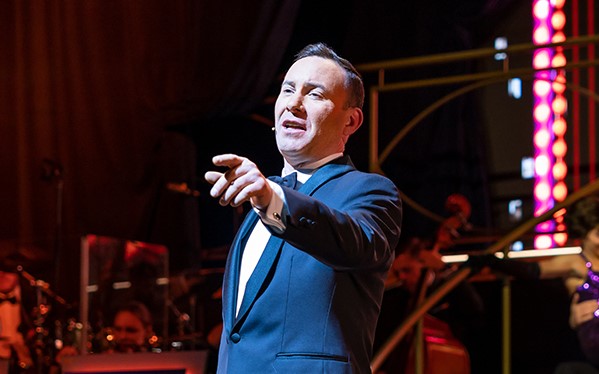 Tam Ward is probably the best interpreter of Frank Sinatra’s Music in the business today and he is now coming for an exclusive concert at the English Theatre of Hamburg.  Tam played the role of Frank Sinatra in “The Rat Pack Live from Las Vegas“ in The West End and on tour throughout Europe and the US.  Together with his swinging trio, Tam presents “The Voice“ featuring songs from “The Early Years”, “The American Songbook”, “The Sinatra / Jobim Recordings”, and Swing Classics.
Tam Ward is a unique performer with a very special talent who presents an unforgettable evening of music and song.

The English Theatre of Hamburg