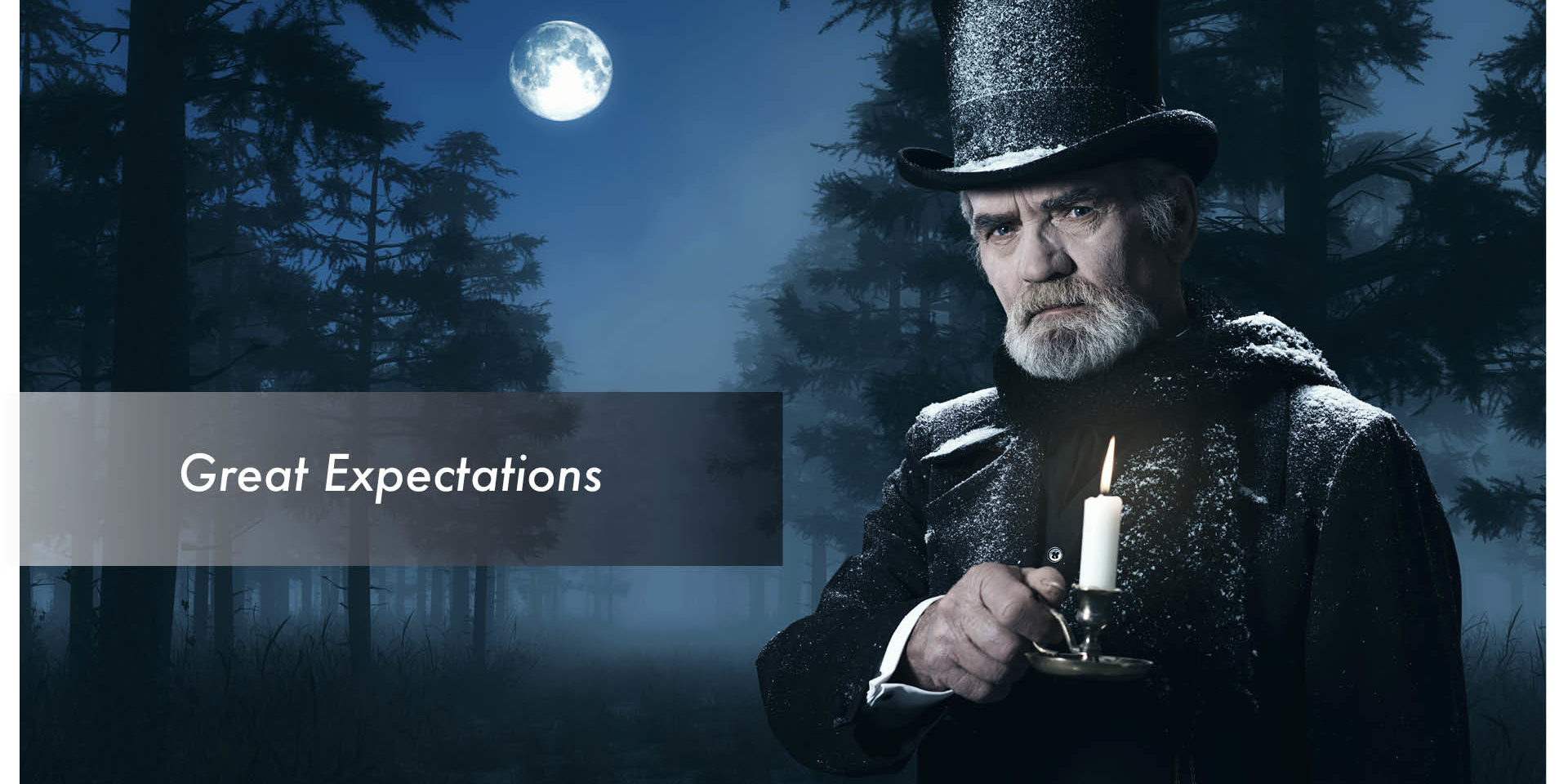 GREAT EXPECTATIONS by Charles Dickens is one of his most beloved books and is considered one of the world’s great literary classics. A gripping story of the young Pip’s journey through the change in his prospects from life as a blacksmith to one of a gentleman. Along the way, we meet the wonderful characters in his life, such as blacksmith Joe who is married to Pip’s older sister (who raised him ´by hand´), his uncle Mr. Pumblechook, Mrs. Wopsle, the lawyer Jaggers and his assistant Wemmick, the convict Mr. Magwitch, as well as his best friend Herbert, and of course, Miss Havisham and her ward Estella. In this unforgettable adventure, set in England in the 1800s, not only the story itself but also the wonderful language of the great author keeps us spellbound from beginning to end. This production is the premiere of a promising new stage adaptation of the novel, by director Paul Glaser, specifically developed for The English Theatre of Hamburg. With imagination and great attention to detail, involving an innovative set, lighting, and sound design along with narration by London-based “king of audiobooks”, Mr. Gordon Griffin, this production promises to be a magical stage adventure celebrating the world-famous author Charles Dickens.

Check out the cast!